American intervention in Lebanon between 1958 and 1991 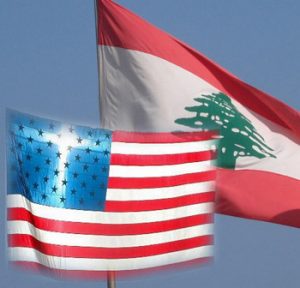 The end of the Suez Crisis in 1956 marked the shift from the age of British and French supremacy in the Near East to the regional and global domination of two rivaling superpowers who had forced the traditional European colonial powers to withdraw their forces from the Suez Canal. According to Avi Shlaim, although neither the United States nor the Soviet Union was directly responsible for the fundamental cause of the conflict in the Middle East, the contributions of the two global powers upon the conflict is both apparent and tremendous in exacerbating and broadening the crisis into a global catastrophe and shattering the fundamental core of the young Near Eastern nations created in the wake of the collapse of the traditional superpowers (Shlaim 146).

The impact of the superpower rivalries in the Middle East were immediate and lasting, perhaps most evident in the country of Lebanon which to this day suffers from the repercussions of the failed diplomacy, civil war, and foreign invasions during the Cold War era. Although the United States of America had only deployed a sizable defensive force into Lebanon in three instances, and for a limited amount of time, and the Soviet Union had no direct influence over the Lebanese affairs, the inherent actions of the two superpowers had compounded the national destabilization and ultimately the deconstruction of the nation. Despite the seemingly limited actions of Moscow and Washington, their actions had inherent consequences that had profound effect on the development of the current crisis and gives an acute insight on the development of the “weak[ened] state” such as Iraq whose domestic disorder can be paralleled to Lebanon’s situation (Feldman 143).

The crisis in Lebanon did not occur in a vacuum. It is the result of multiple crucial mistakes made because of a global conflict that was refined and epitomized by the regional conflict whose aftermath continues to have destructive effects on the region and the world. Thus, one must question how the foreign policy of the United States during the Cold war affected the national deconstruction of Lebanon and seek to discover its current consequences and repercussions in order to better understand our global dilemma.

For more in depth details on the different times check out:

The United States, through the failure to understand the consequences of their actions and lost in the ecstasy of power, ultimately gave rise to radical elements in the Middle East unified by religious fundamentalism and bent on restoring their dignity through violent means. The paranoia of the communist takeover of regions of vital American interest, compounded by the inability to compromise between the global and regional perspective, allowed for multiple strategic errors which placed Lebanon under threat of annihilation by regional powers that exploited that fear. Furthermore, the inconsistent American foreign policy in the region, especially during the Iran Iraq War, brought foreign radical elements into the Lebanese civil war which added to the devastation and helped lengthen and escalate the conflict into a regional war. Lastly, the prioritizing of the oil supply by the United States brought an ambiguous termination to the war which allowed for future conflicts in Lebanon and contributed in creating today’s regional and global crisis.

From this conflict one can observe the basis of today’s global war on terror and recognize parallels between the Lebanese Civil War and the current conflict in Iraq with its internal ethnic and religious disorder and external influence from the United States, Iran, and Syria. The contemporary conflicts in Lebanon and the Middle East are the result of the unsettled issue from the chaos of the Cold War and are bound to perpetuate into greater conflicts if not prevented. The lesson to be learned from the thousands of civilians and soldiers killed in the crisis of Lebanon is that one must always consider a vast array of information to relieve misunderstandings that may inflict harm to another. American failure to do so in the 1980s has led to the deconstruction of the Lebanese nation.