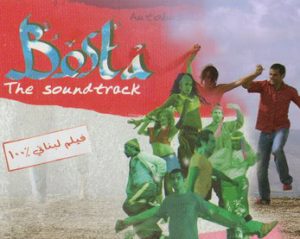 Bosta Lebanese movie, also known as Autobus or Al-Bosta is a famous movie directed by Philippe Aractingi in 2005.

The story revolves around a group of Lebanese artists who tour the different cities in an old colorful bus. The dancers decide to perform a techno version of the Lebanese folklore dance called Al-Dabkeh.

The Lebanese Conservatives are against this move as they feel that this will kill the past, while the artists are determined that they are giving a new image towards the future.