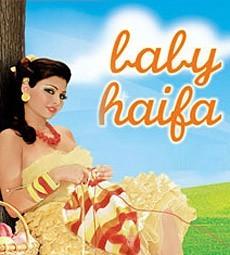 The Children Album was entitled Baby Haifa and contained 8 Baby and children songs such as:

Baby Haifa songs can be listened to on Haifa Wehbeh Music Radio which streams 24/7 live music for Haifa.

Haifa Wehbeh song Enta Tani was also a big hit in the year 2010, watch it and listen to this great song.