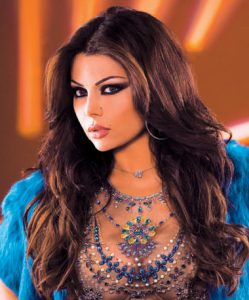 Background: Haifa comes from the South of Lebanon, where she won her first local beauty pageant. She later took part in Miss Lebanon Pageant, before pursuing a music career. Haifa is a very famous pop singer throughout the Middle East, and to some extent an emerging international star.