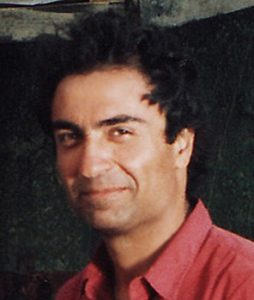 Maroun Baghdadi was born on the 21st of January 1950, He passed away on the 11th of December 1993. Baghdadi studied law, and history before he discovered himself as a director. He worked alongside American director Francis Coppola and together they made many french movies which were successful in France.

His debut film was released in 1975 and was entitled Beirut Oh Beirut (aka Beyrouth Ya Beyrouth). Since that year, Maroun made many movies and short films which left a special mark in the Lebanese cinema, such as: Ninety, The Martyr and Wispers.

In 1982 he made a memorable movie called Little Wars (Houroub Saghira), which played at the Cannes Film Festival.