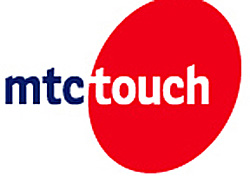 MTC Touch is one of the leading Telecommunication operators in Lebanon. MTC is part of the Zain Group (previously known as MTC) in the Middle East.

On the 1st of June 1 2004, MTC Group (now known as Zain Group) one of the leading mobile operators in the Middle East and Africa, was given a four-year license agreement from the Lebanese government to operate one of the two existing mobile telecommunication networks. MTC Touch was the brand given to run this operation inside the Lebanese territories, the name remains the same which the mother company changed to Zain.

The MTC Touch quality of service is good after-all since the mother company has experience in running such business models since 1984. Mobile communications in Lebanon in general has been and is still expensive in comparison to many other neighboring countries.

MTC Touch does provide a special pay-as-you-go plan for tourists and visitors to Lebanon who intend to visit for short periods of time. Special MTC Touch Recharge cards with pins can be purchased at reasonable prices which can be hooked up to any GSM mobile.