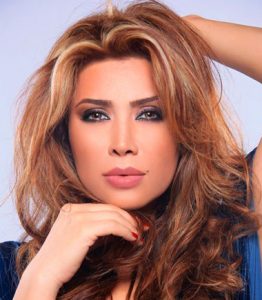 Background: Nawal first appeared in Studio El Fan, a singing and talent show directed by Simon Asmar in 1988. Her debut album was entitled Yehyati Andak and was released in 1992. She sang a famous duet with Wael Kfouri and they both were the stars on the nineties.  Nawal career in music spans over 21 years. Nawal was married has three children from her marriage with Lebanese music producer Elie Deeb which ended in divorce in 2008.