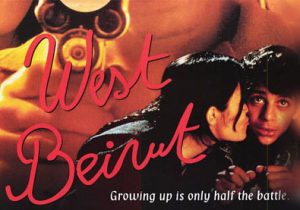 West Beirut which means Beyrout El Gharbiyya in Arabic, is a very popular Lebanese movie which got released in 1998. West Beirut was written and directed by Ziad Doueiri, a famous Lebanese director.

During the 1998 Cannes Film Festival, Ziad Doueiri won the Prix François Chalais at the Directors’ fortnight.

The story of West Beirut movie takes place in April of 1975, when the civil war started in Lebanon. A war which divided Beirut into East and West. Tarek is in high school, making Super 8 movies with his friend, Omar. Schools close, and getting from West to East becomes a game. The movie is filled with suspense. As time passes by, their adventure becomes a tragedy.